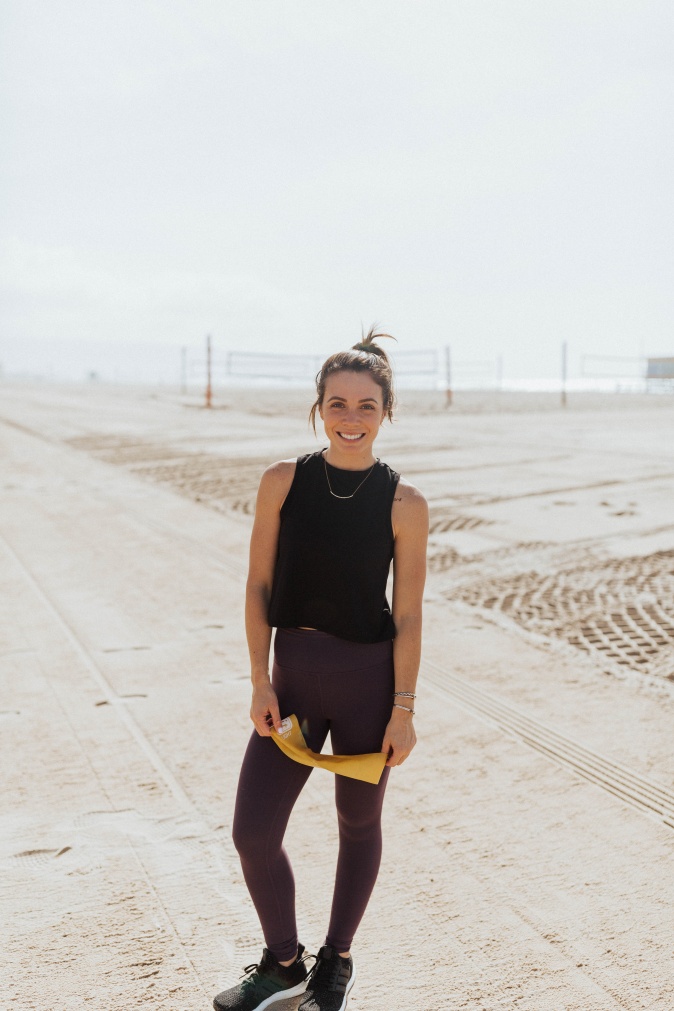 Back in June I ran my highest monthly mileage ever- 179.5 miles preparing for the Revel Big Cottonwood Marathon in Salt Lake City, Utah. I felt so strong and proud of myself heading into recovery week of marathon training. 2 weeks later I had to Uber home halfway through my 7 mile run. The outside of my knee was in so much pain that I couldn’t finish my run.

My knee pain was off and on for the next month until it got so bad that Toni, my running coach, and I decided it was best for me to take time off from running. For the next week I hit the spin bike instead of heading out on the strand to run. Luckily at that time Equinox had reached out to me for a short term partnership so I was able to take spin classes in their studio for free.

At that time I also started seeing a physical therapist through my health insurance. Even though I was going to PT, I wasn’t really getting anything out of it. I felt like I was just going through the motions when I was there and none of the exercises were really helping.

My knee pain actually did subside for a few weeks, probably from taking time off from running and cutting out all speed, tempo, and hill workouts. 2 1/2 weeks before my marathon I set out for a 5 mile run and my knee pain came back, stronger than ever. I decided it was time to switch physical therapists. My good friend Rebecca recommended her PT, who was a triathlete herself, so she understood what I was going through. She wasn’t covered by my health insurance but with 2 weeks left until my race I  needed to see if there was anything I could do to get me to the start line.

When I went to go see Alanna, physical therapist and owner of T.R.I. Physical Therapy, she explained to me that my knee pain, also known as “runner’s knee or IT band syndrome,” was caused by weak glutes and weak hips. 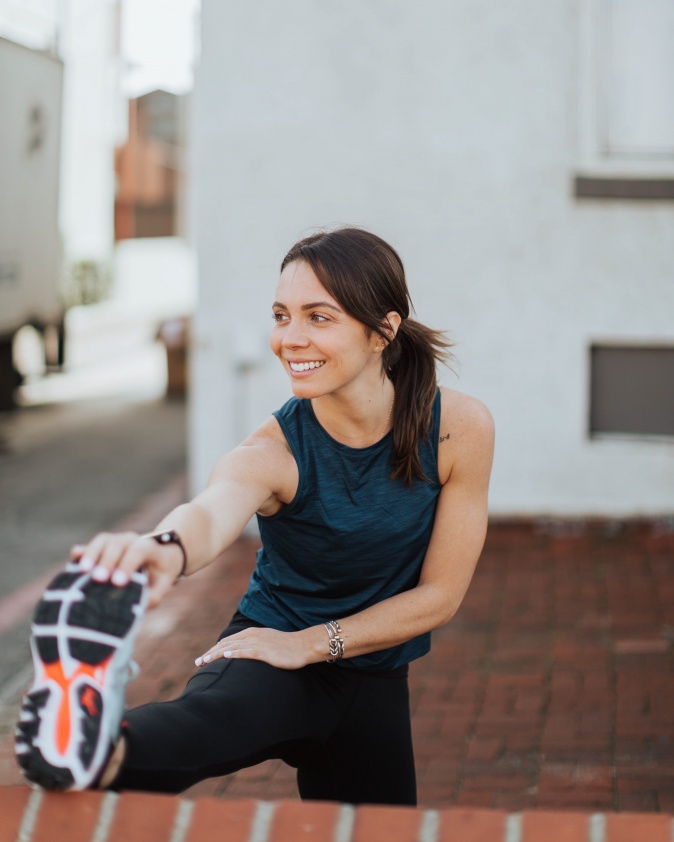 IT Band Syndrome– an overuse injury of the lateral knee that occurs primarily in runners. Pain typically only occurs while running. It’s usually a sharp or burning type of pain and occurs just prior to or during foot-strike when running. It usually subsides after the run is over. 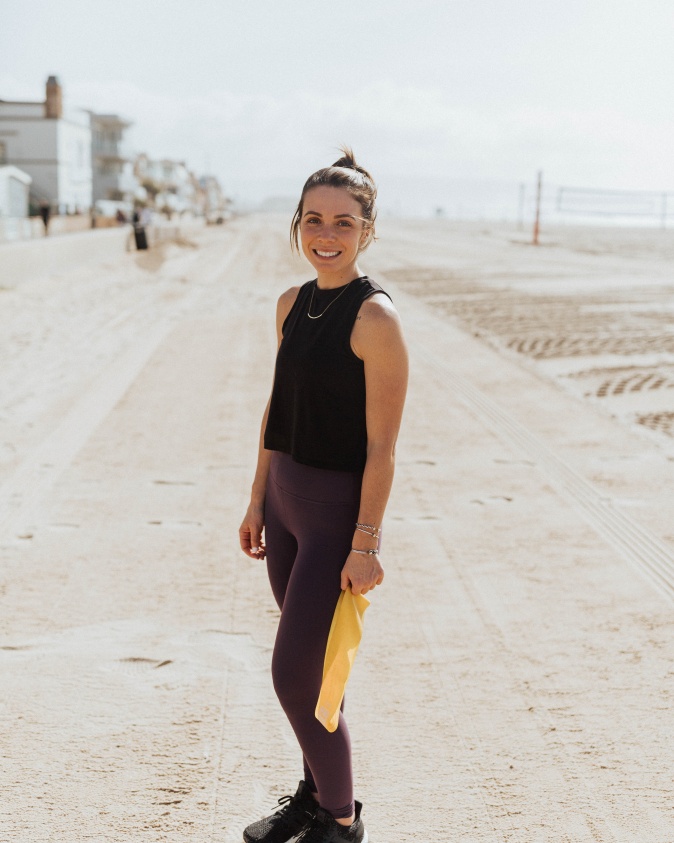 Let’s chat a little more about the glutes!

The glutes are made up of 3 muscles: gluteal medius, maximus, and minimus.

Weak glutes lead to weak hips because the glutes are the main muscle used in hip extension.

Weak hip abductors lead to increased hip adduction (aka “knock-knees”) and increased internal rotation at the knee, which places strain on the IT band. This is often seen in female runners.

Treatment- Alanna reassured me that I was going to be able to run the marathon, it just might be painful and may not be pretty. She taught me some glute activation exercises using resistance bands to help me engage all of my glute muscles to not only help prepare me for the race but to also add into into my training regimen after the marathon was over.

Changing up my workouts and joining a new gym (Shift Athletic Performance) that focuses more on functional training and less on heavy power lifting has also helped my knee along with having ART done along my IT band.

Why use resistance bands? 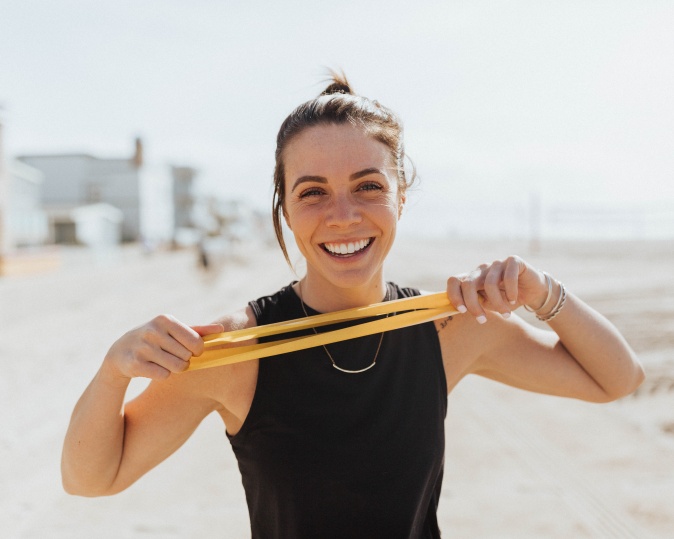 Prior to heading out for a run it’s important to move forward and laterally. It’s also important to keep moving by incorporating dynamic stretches rather than static to get your blood flowing and legs ready to hit the pavement. These moves below will wake up the glutes, get blood flowing, and open up the hips before a run. These are also great to add into a warmup before a lower body workout as well!

Watch the video to see the moves in action: 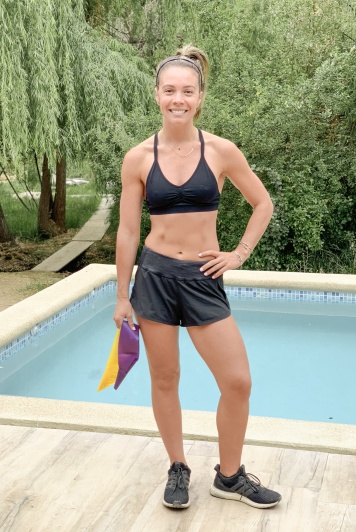 How to stay active while traveling 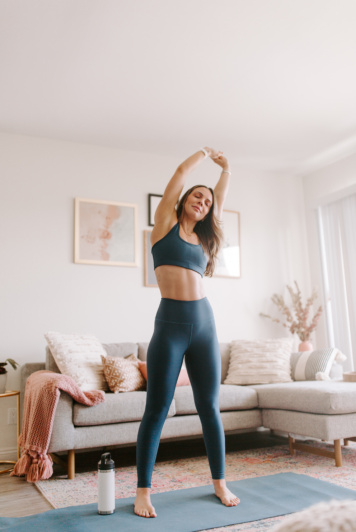 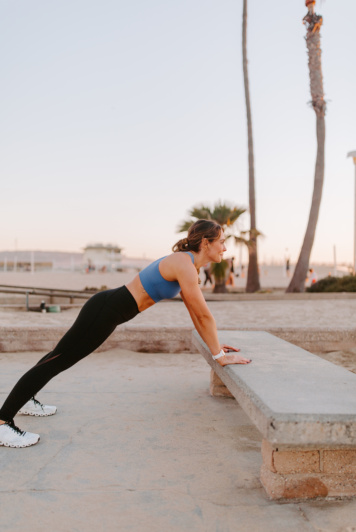 How to Stick with Your New Year Fitness Goals