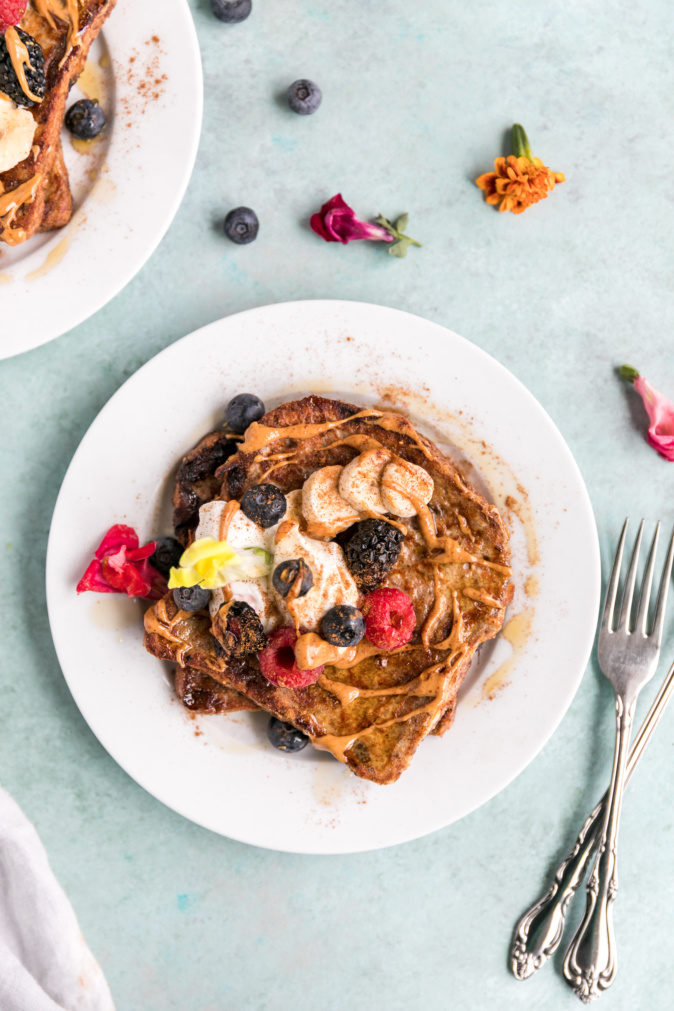 French toast one of my favorite meals to have after a workout! It’s a breakfast classic so you wouldn’t think it would be healthy enough to have after the gym! Most french toast recipes have a ton of added sugar and very little nutritional value. Try this protein-packed recipe instead. It will satisfy those sweet breakfast cravings but also aide in muscle recovery after your workout. It’s one of my go-to post workout meals and it’s SO easy to make! 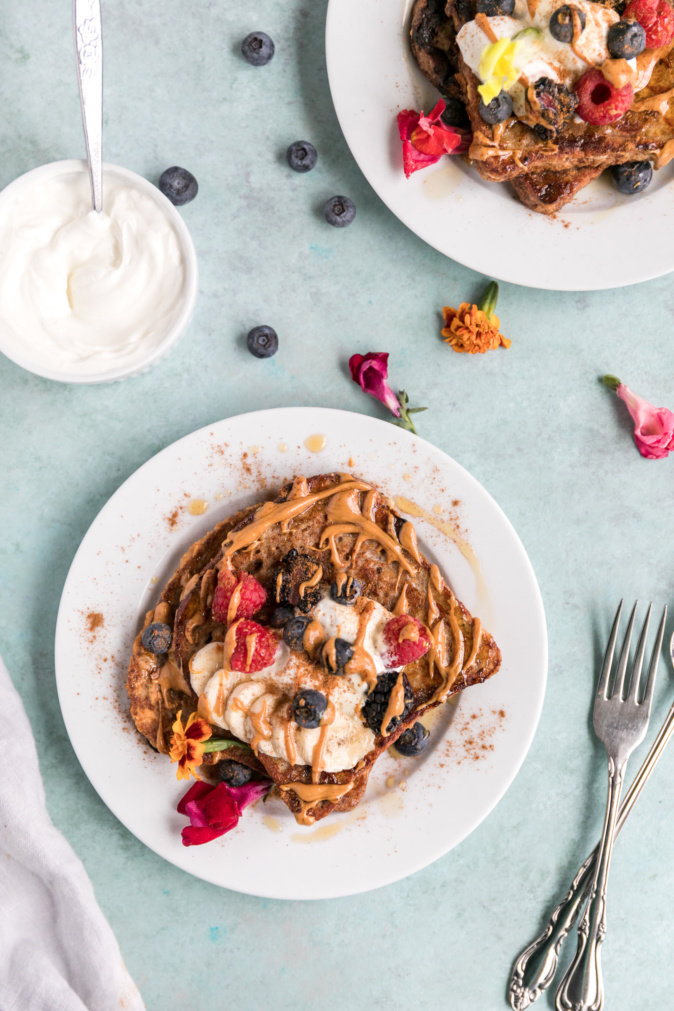 Growing up when my mom was at work on the weekends, my dad would make us the messiest French toast for dinner, haha! Even though it was messy, it was super crisp and also SUPER TASTY! To this day, I still love my French toast crispy, messy, and sometimes slightly burnt! When I was younger I also used to always doze my French toast with ALLL the maple syrup, but now my favorite toppings include yogurt, warmed berries, and nut butter! The cool creamy yogurt pairs perfectly with the warm toast! What are your favorite French toast toppings?

Let me know if you try my cinnamon bun French Toast and be sure to tag me on Instagram @becksliveshealthy. Enjoy! 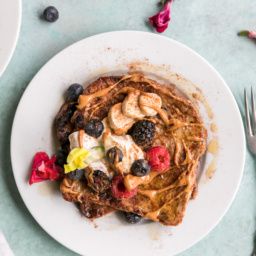 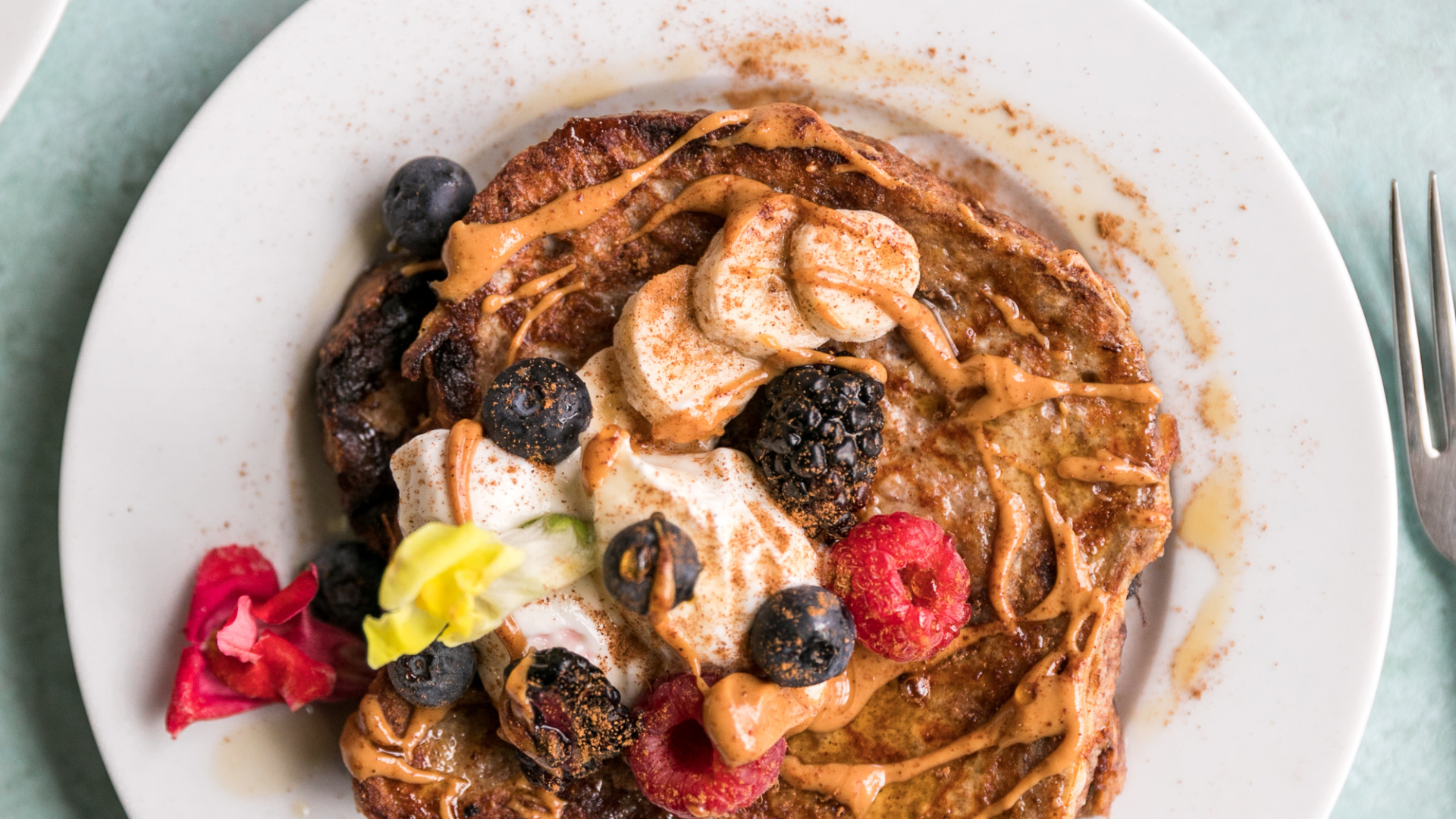 Most french toast recipes have a ton of added sugar and very little nutritional value. Try this protein-packed recipe instead. It will satisfy those sweet breakfast cravings but also aide in muscle recovery after the gym! 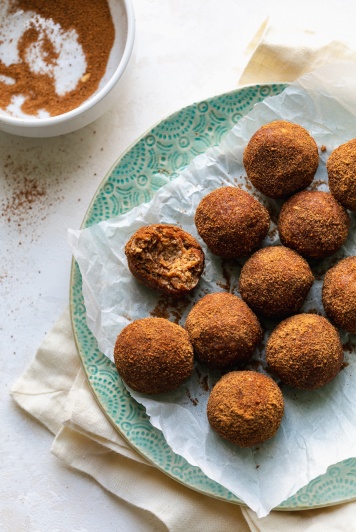 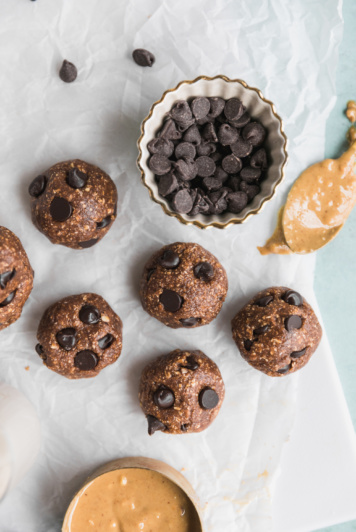 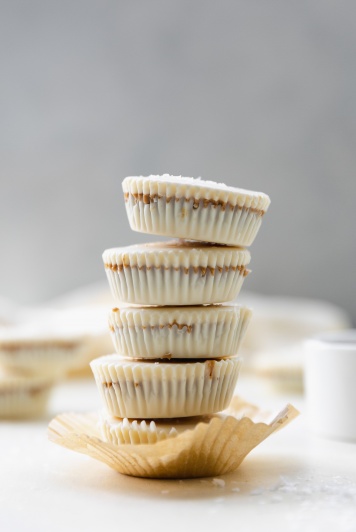